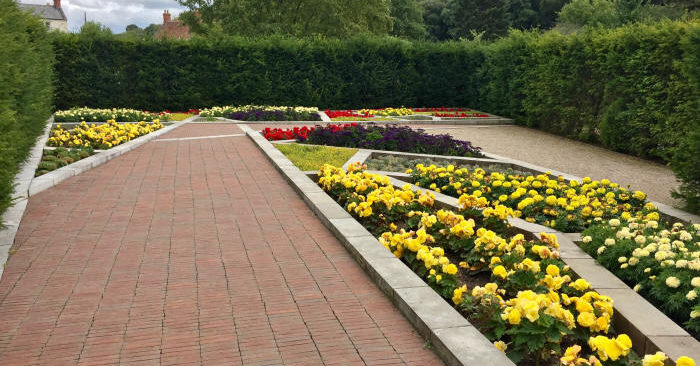 Initially, John asked his audience which shrubs in their gardens had coped well in the current hot dry weather: Osmanthus, Euonymous, Hebe and Mimosa were mentioned and John suggested one of the best was Myrtle, also Weigela and Buddleia.

Some striking examples were shown on a screen and we were encouraged to identify these and to suggest others: Stachyurus praecox has drooping spikes of pale greenish-yellow flowers that open in late winter and early spring before pointed, deep gaeen leaves appear. Azara serrata is evergreen and has fragrant yellow flowers in late spring or early summer. Corylopsis sinensis:- leaves are bright green above, blue green below: clusters of bell-shaped pale yellow flowers open from early to mid Spring., Ceanothus:- many forms with densely clustered, mainly blue flowers, deservedly given the AGM, the RHS Award of Merit given to plants of outstanding excellence, and earned by many shrubs mentioned here.

An engaging, interactive talk, delivered and received with enthusiasm.