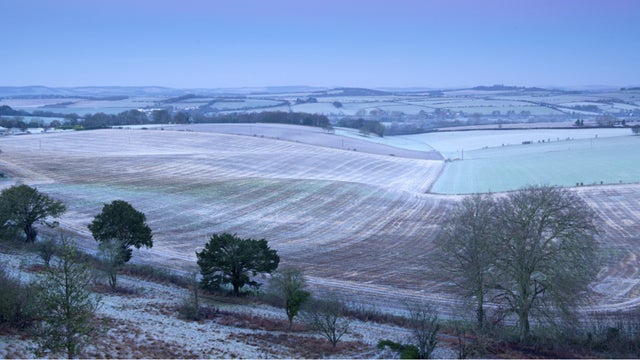 Catherine Hadler, an Area Ranger for The National Trust, spoke to the members of The Littleton and Harestock Gardening Club about the Trust’s management of Stockbridge Down and Marsh. Catherine manages both, working with a team of conservation volunteers.

The Down was gifted to the Trust by Rosalind Hill in 1947, named in a plaque on a memorial bench, on a hill which, like many areas of the Down, commands spectacular views of the surrounding countryside. Many of us have enjoyed visiting this lovely chalk grassland area which has evolved over thousands of years, and it was fascinating to learn how much is involved in its management and preservation.

Grazing is vital, to stop the grass taking over, so local farmers’ cattle and the Trust’s sheep, Wiltshire Horn, a rare larger breed of sheep help with that control. This benefits the butterflies, wild flowers, small birds and insects in this richly diversified environment.

Juniper trees are nurtured, and like the Hawthorn Blackthorn and Buckthorn are cleared of scrub, some of which is left, as it offers protection to wildlife including overwintering and nesting birds. All this work is also done to encourage butterflies, of which 42 species have been found, such as Adonis Blue, Duke of Burgundy and the Pearl Bordered Fritillary, moths such as the Honeybird Hawk moth, birds such as the Turtle Dove, Skylark and Linnet. A wide variety of wild flowers thrives here including Cowslip, Harebell, Yarrow and Violet.

There is so much history here, with Bronze Age tumuli, which are fenced off, and Woolbury Ring, and an Iron Age hill fort.

The Marsh is grassland, edged by a tributary of the River Test; it is a chalk stream with peat banks. It is wet and is vulnerable to the weather and footprints. The water edges have been fenced to protect them from damage by dogs, jumping in and out and additional benefit is the growth of vegetation and flowers, such as the Harebell and the return of the water voles. Some inlets have been filled in, Ragwort pulled and gates replaced. Like the Down, it is grazed.