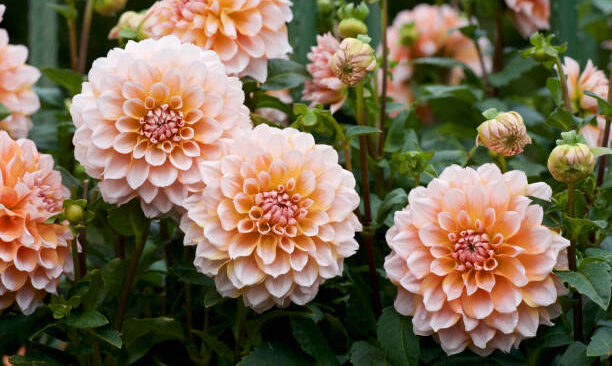 Dahlias have never been as popular as they are today. They have come back into fashion and are filling the gardens with a wealth of colour which extends into the autumn.

No matter what the weather, dahlias can be relied upon to produce an eye-catching feature in any garden.

They are easy to grow once a few basic details are followed.

Dahlia is a member of one of the biggest plant families: the composite group of plants that includes asters, chrysanthemums, daisies, sunflowers and about several thousand other species.

They are a mass of tiny individual flowers called an inflorescence.

Nature doesn’t provide labels, so the many dahlia societies around the world have divided our hybrid dahlia flower forms into different groups or classes.

Dahlias can be grown in the herbaceous border, in mixed beds, or as a dedicated dahlia display

You can plant dahlia tubers directly into the ground in the spring when the ground has warmed and there is little chance of frost.

The plant should be tied to its cane and labelled. Dahlias grow fast and soon become unstable. Heavy rains and strong winds makes large plants top heavy causing them to fall benefit from regular treatments with a water soluble or granular fertilizer.

When July comes most dahlias will begin to flower.  At this stage the main growing point should be pinched out in order to encourage the growth of side shoots.  This is called “Stopping”.  But it does means that the first flowers will be removed.  If you want an early display of flowers you can remove the growing point earlier.

During the flowering season, the flowers that have finished and are past their best should be removed.  Dead heading will encourage new flowers to develop. Sooner or later, each year, a frost will come which blackens the dahlia foliage.  So now is the time to lift the tubers.  In recent years many dahlias have survived if left in the ground over winter.  But their survival could be improved if they were covered in straw or peat. If you don’t want to risk them in the ground over winter.   It’s best to store the tubers.  In general tubers will survive a few degrees of frost providing they are kept dry.  Cold wet conditions are the worst for stored tubers.  But then warm dry conditions are just as bad because they will dry out and shrivel.

Dahlias are very easy to propagate.  The simplest way to multiply you plants is by splitting a clump of tubers.

If you have one tuber of a particular dahlia and you want to grow several plants of that dahlia without buying more tubers, propagation by taking cuttings easy to do.  Some people believe that dahlia plants grown from cuttings produce better blossoms, so it’s worth taking cutting to see what you might get.

For most gardeners raising dahlias from seed concerns bedding varieties and varieties for cut flowers.

Seed is best sown in spring and given a germination temperature of about 18C. Germination will usually be fairly rapid, 10-14 days. Sow in a seed tray and prick out into individual pots. The plants should not be planted in the garden before the last frost. For about three weeks before planting time the plants should be hardened off in a well ventilated cold greenhouse or a cold frame to accustom them to life outdoors.

Flowers may well be in evidence at planting time but, if not, will soon appear and then continue until the first autumn frosts. Flowers should appear about 10 weeks after sowing, when the plants are still  quite small, depending on the weather.

A variety of dahlias were shown and the name of the best suppliers reviewed. These are available on the internet for delivery in the spring. 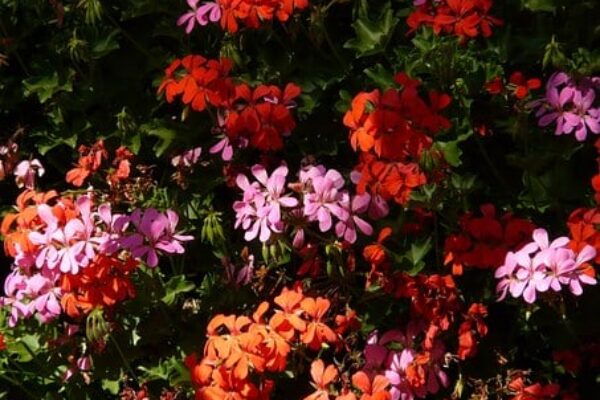 Pelargoniums My Way by Roger Butler
By admin 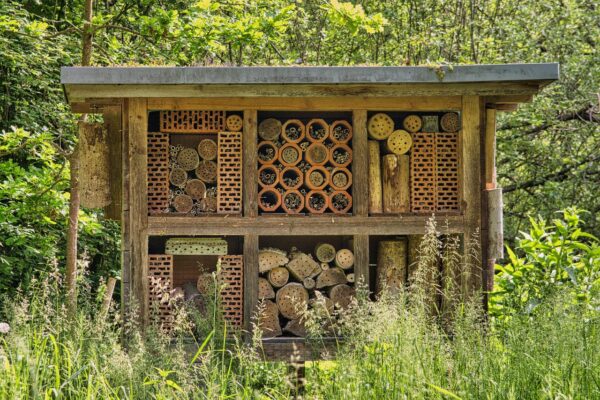 Encouraging Wildlife in Your Garden by Andrew Halstead
By admin